There was no way to know what this would look like when we started and I am absolutely thrilled with how it ended up! 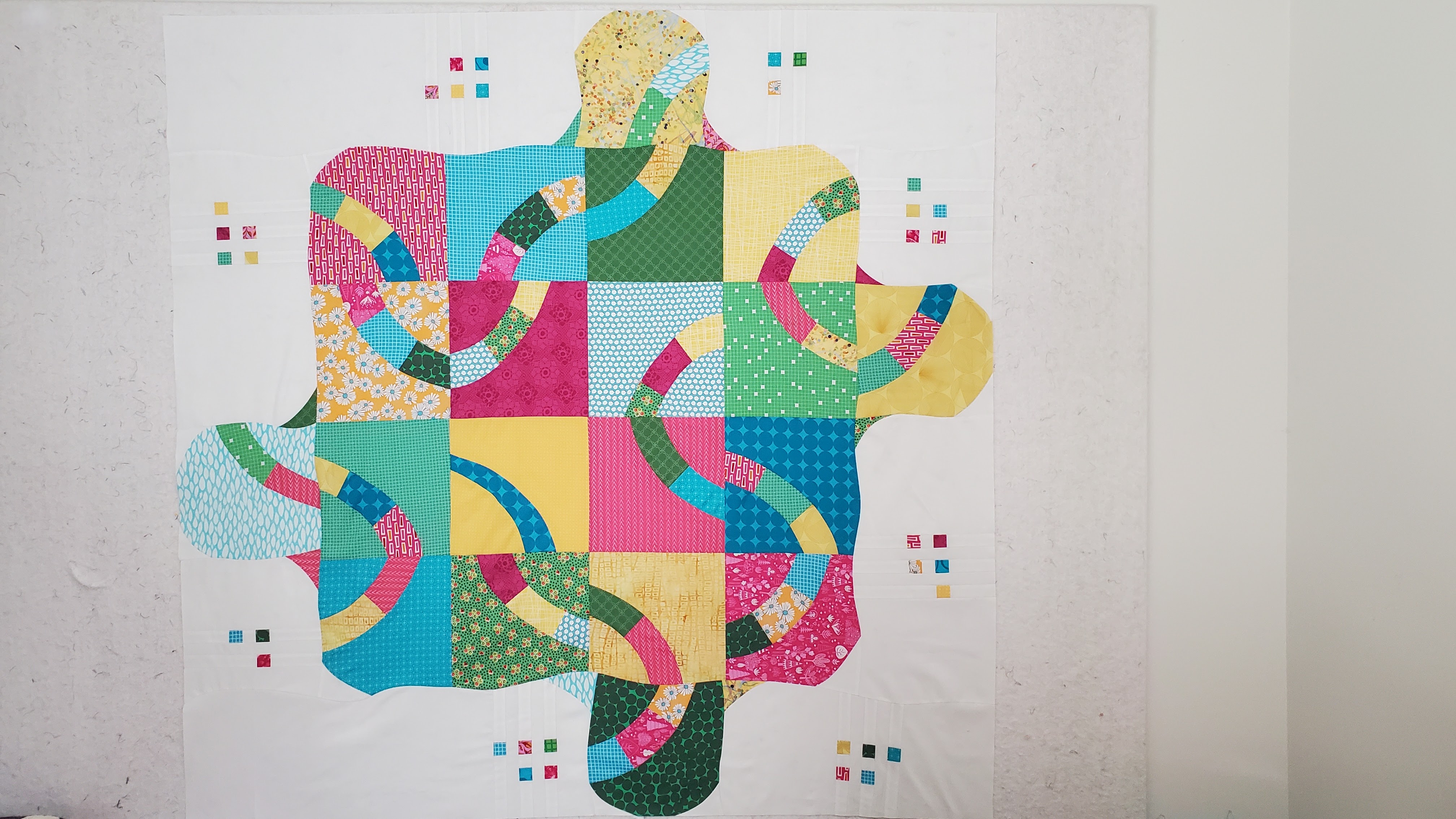 In all honesty, I don't think I could have come up with this on my own. From the inspiration idea to this, the input and ideas from folks following along guided me here. I never would have got here on my own. That's been the absolute joy of this project so far.

After I sorted out the main layout on Instagram Live last week I only changed one thing, swapping two green blocks. After that, it was about getting it all together. The centre grid came together like basic patchwork. After that I had the idea to accentuate the curves inspired by the game board. A bit of testing and a night's sleep on it first, then I decided to go for it. I am so happy with that decision.

The quilt is roughly square at about 62" on each side.

Working on the backing now. This one is also influenced by the input of followers. Yet again, more than I could have imagined on my own.

The biweekly Quilters Playcation Scoop will fill you in on upcoming parties and playdates, give you a dose of inspiration, and share good stuff in quilting.